Prof. Dr Kostas Andriosopoulos, President of the Hellenic Association of Energy Economics (HAEE) and Executive Director of ESCP Europe's Research Centre for Energy Management (RCEM) participated at the discussion on "The Future of Greece" organized by the MEC International Ltd, a global advisory and business development firm.

This thought-provoking debate took place on 16th November 2016 at the House of Lords and was chaired by Lord Lothian.

Among others, some of the main points raised in the discussion were the weakness of sterling against the Euro, how Brexit would threaten historic strong educational links between Britain and Greece, the potential of Greece to become Europe’s California, how the Greek labour force is shrinking reducing the tax base and widespread tax evasion as well as shipping’s key parts on world economy. 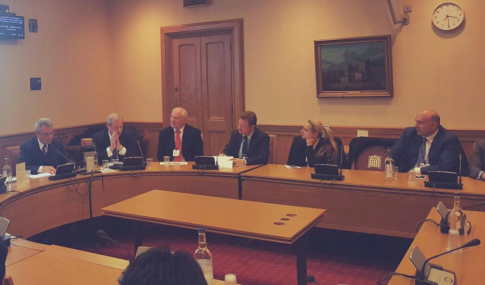