During the Symposium's first day (May 6th), the "Energy Bible" was presented, a comprehensive report prepared by HAEE and the National Bank of Greece, which covers the entirety of the Greek energy sector.

On behalf of the organizers, HAEE's Chairman, Dr. Kostas Andriosopoulos, welcomed all participants and IAEE's (International Association for Energy Economics) Chairman and Senior Vice President for Economics & Prospective of Enedis, Christophe Bonnery proceeded with his own greeting.

Afterwards, the Greek Energy and Environment Minister, George Stathakis, spoke about the country's energy strategy, highlighting that energy is a rapidly evolving sector. The minister added that the doubling of renewables in the final energy mix is a viable goal and he said that now investment potential in all energy fields is widening.

On his behalf, New Democracy's energy chief, Kostas Skrekas, criticized the government's energy policy, especially when it comes to PPC, while he presented his own party's views.

KINAL's energy chief, George Arvanitidis, also spoke about PPC, saying that "it will take a national understanding to make things right and longtime inconsistency cost a lot more than we think".

DG Energy's Deputy Director General, Gerassimos Thomas, presented the current situation and efforts on a European level. He mentioned that a unified European legal framework has now been formed with clear national and European targets and he added that it is important to create the necessary conditions that will allow 200 billion Euros of annual investment from the private sector.

Afterwards, the Ambassadors of Italy, Efisio Luigi Marras, Spain, Enrique Viguera Rubio and Belgium, Luc Liebaut, spoke about the international aspect of energy, the importance of new energy grids and interconnections, as well as the sector's investments in general.

Pavlos Mylonas, CEO of National Bank of Greece (NBG), focused on the central position the bank has attained when it comes to financing and investing in Greece's energy transition, but also on the significance of the "Energy Bible" that the bank prepared together with HAEE.

During the session about the role of natural gas for Greece and the entire region, DESFA's CEO, Nicola Battilana, highlighted the operator's 2 billion Euros investment, planned by its management. Fotis Karagiannis, Director of the New Products & Services Promotion and Development of PPC, said that the company plans to increase its share in the natural gas market to 5% within the next five years. Dimitris Tzortzis, CEO of DEPA, emphasized that its plan is to grow the tools and the ways in order to play a leading part in the gas market, after the conclusion of the separation of ownership between DEPA Trading and DEPA Infrastructure. Important contributions were also made by Head of Gas Unit of ENGIE and President of Gas Infrastructure Europe (GIE), Jean-Marc Leroy, Project Director of Gastrade, Kostis Sifnaios and Energy & Infrastructure Consultant and President of the Energy Delta Institute (EDI), Marcel Kramer. The moderator was René Bautz, CEO of Gaznat and Chairman of the World Energy Council – Global Gas Centre (WEC – GGC).

New Democracy's Vice President, Kostis Hatzidakis, was the keynote speaker during lunch and he underlined that the saving of PPC is the primary goal of his party. He added that Greece has the ability to become an energy hub, by being the most developed state and having the most mature energy market of the region.

French Ambassador to Greece, Christophe Chantepy, took the opportunity to talk about bilateral energy relations and the significance of growing them during a transitional period for the sector.

PPC's Chairman and CEO, Manolis Panagiotakis, presented information about the company's financial situation and he underscored that "PPC is a national treasure". Moreover, Mr. Panagiotakis spoke about how the tender for the sale of PPC's lignite plants is progressing, as well as its investment plans.

It should be noted that during the Symposium, PPC and AKUO Energy announced the signing of an important MoU concerning their mutual effort to develop renewables in Greece and in other regions. Eric Scotto, CEO of AKUO Energy, analyzed his company's profile and investment plans.

Aristotelis Chantavas, Head of Renewable Energies for the Rest of Europe of Enel Green Power, consequently spoke about the necessary conditions to further grow renewables in Greece, as well as Enel's own investments.

During the session about LNG and CNG applications in the Greek energy system, the speakers were EDA THESS's Director General, Leonidas Bakouras, LNG Project Development Manager of Naturgy, Francisco Javier Rubio Oderiz, Executive Director of PwC, Costas Mitropoulos, Manager of Scale Gas, Alvaro Delicado Rodriguez Ajuria, Technology & Innovation Manager of Lloyd's Resister South Europe, Panagiotis Mitrou. They focused on the importance of these new fuels for the country and the region as a whole, while they covered available solutions and projects under development at this time. The moderator was Christophe Malet, Senior Vice President for Upstream and Midstream LNG of Hanas New Energy Group.

The topic of the final session for the first day was the geopolitical aspect of energy in SE Europe and developments in upstream and downstream. Very interesting speeches were given by  the frm. Minister of Energy of Romania, Victor Grigorescu, Economic Affairs Adviser of the US Embassy, William Chip Laitinen, Chairman & CEO of HHRM, Yannis Bassias, E&C offshore division, Zohr Project, Deputy Project Director of SAIPEM, Luigi Ferroni, CEO and Vice President of Energean Oil and Gas, Dimitris Gontikas and Senior VP of Argus, Vyacheslav Mishchenko. The moderator was Christos Folias, frm. Minister of Development. 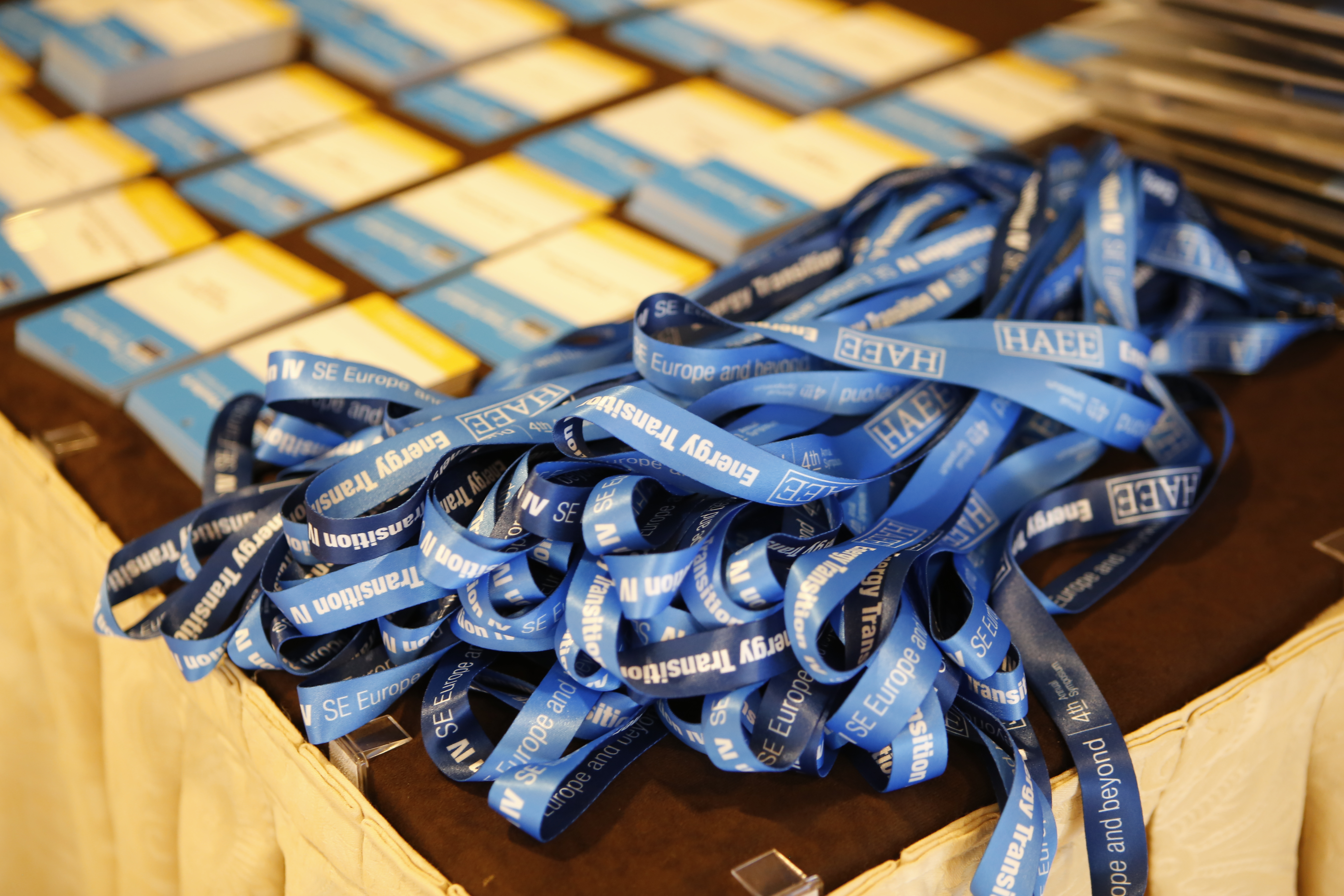 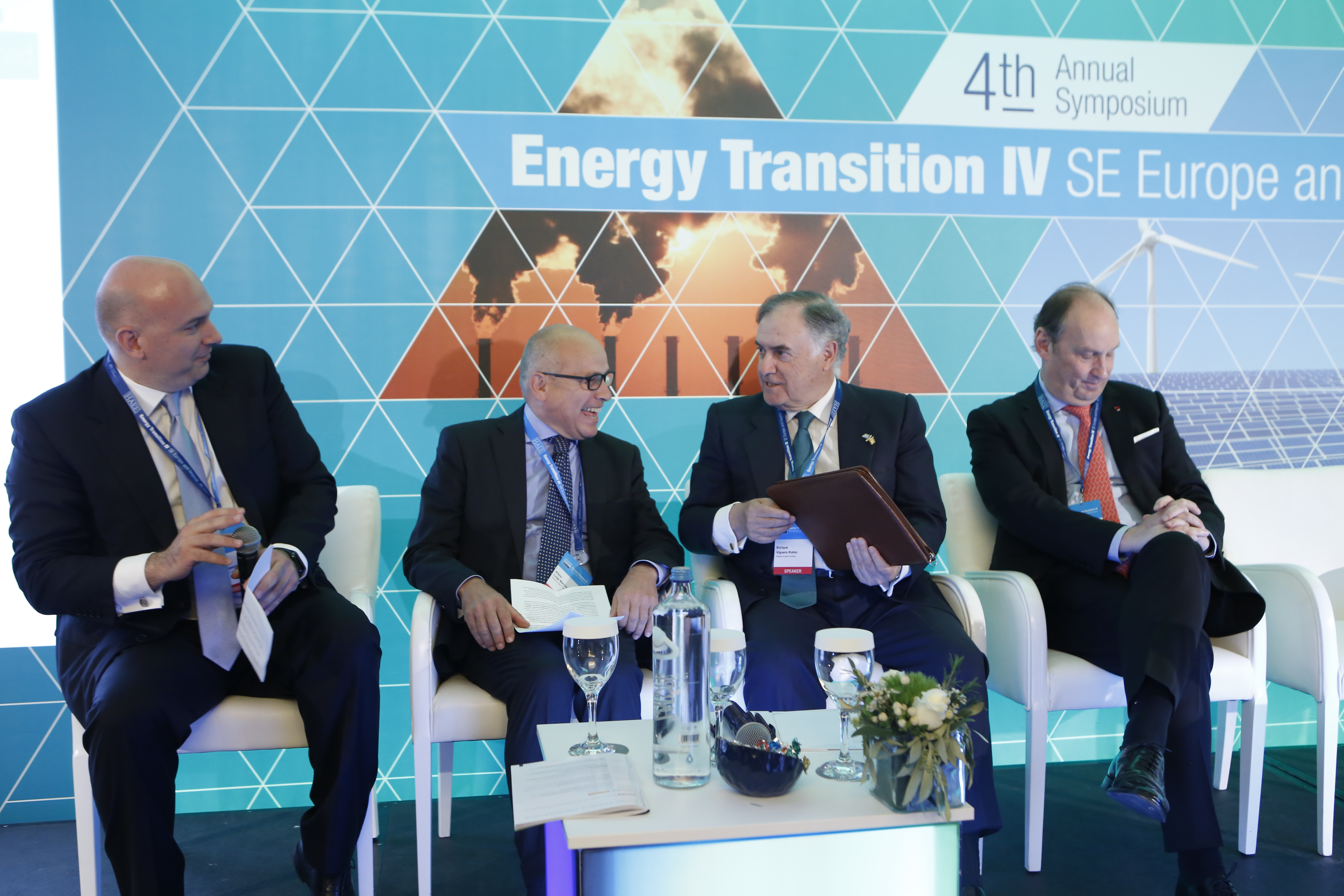 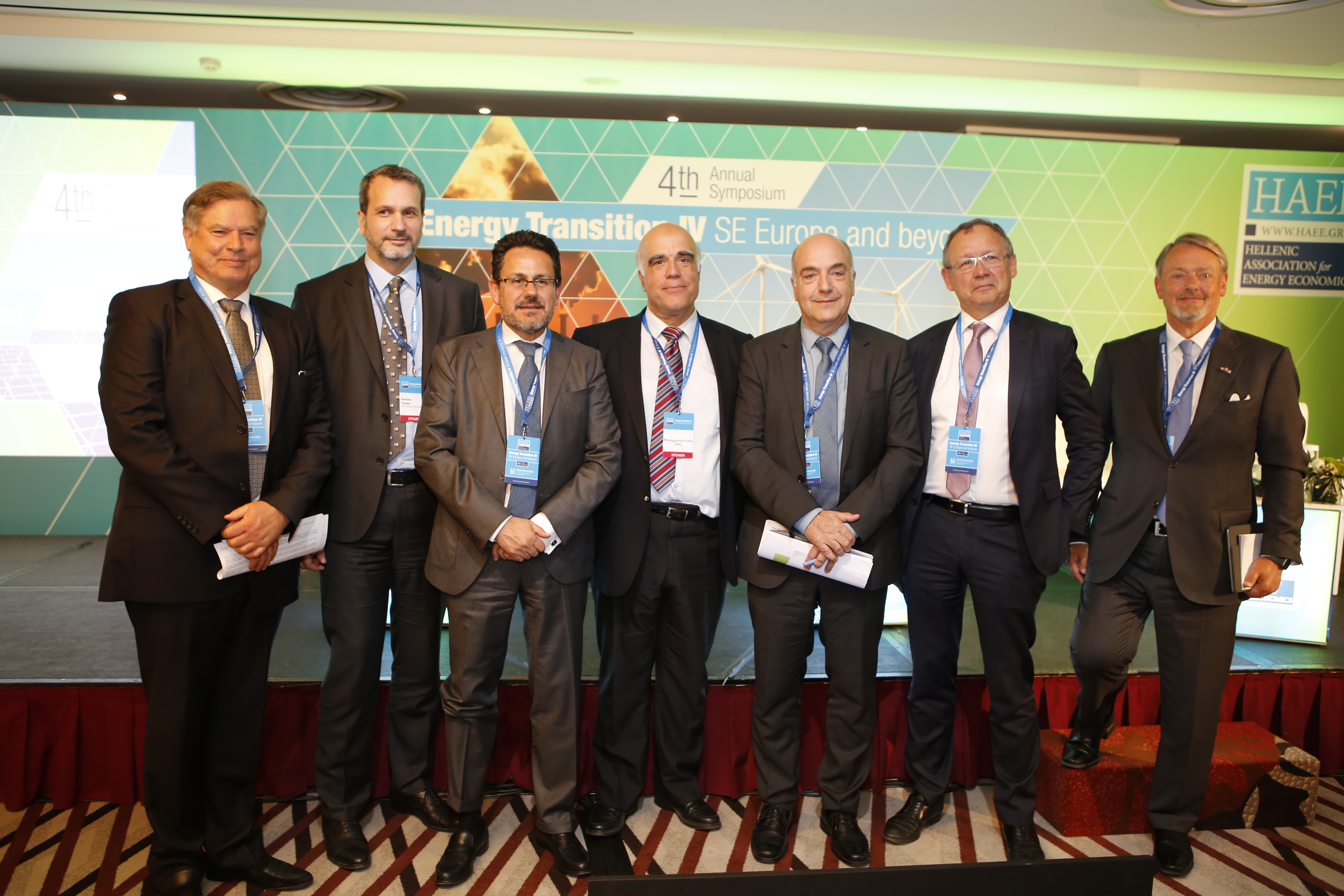 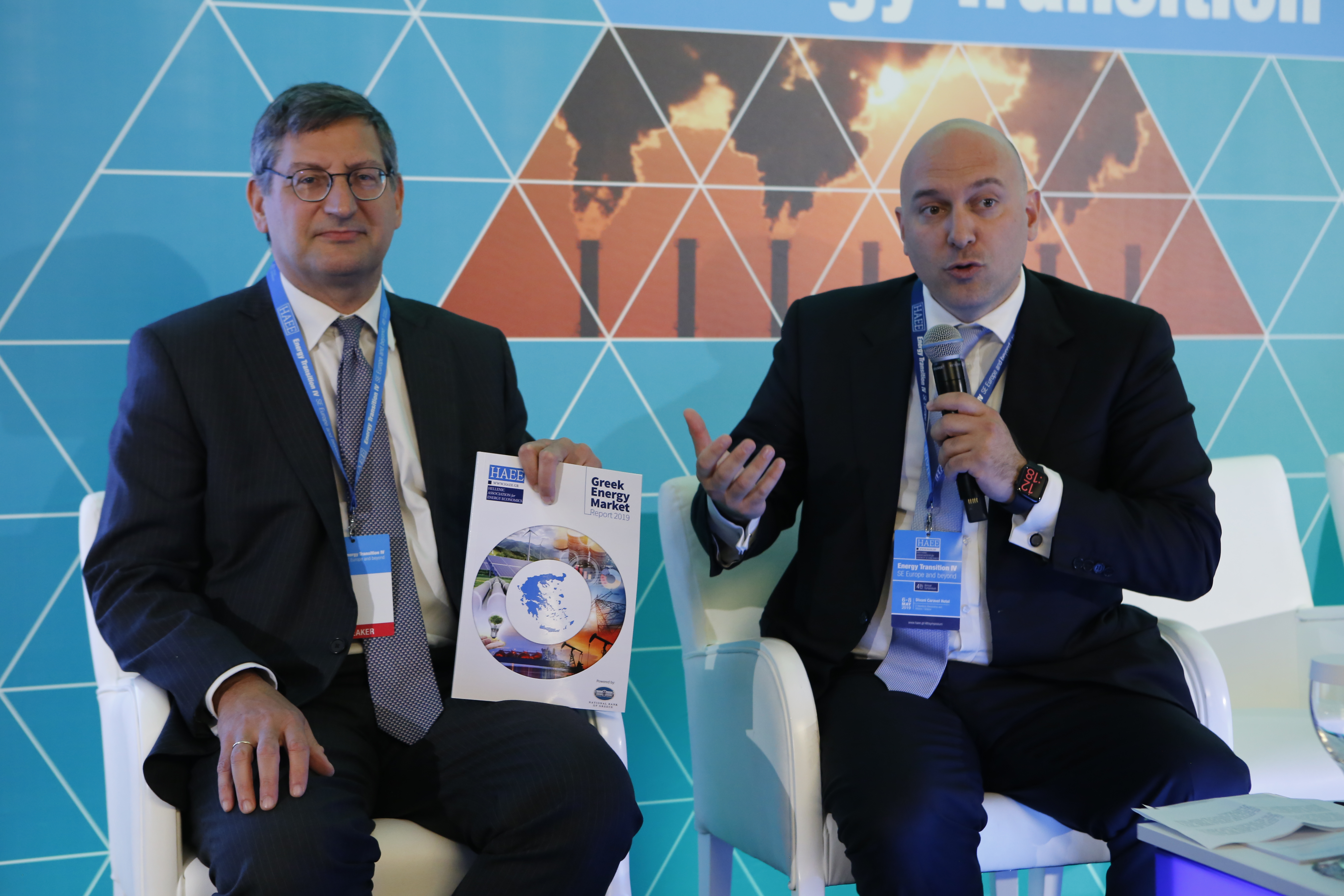 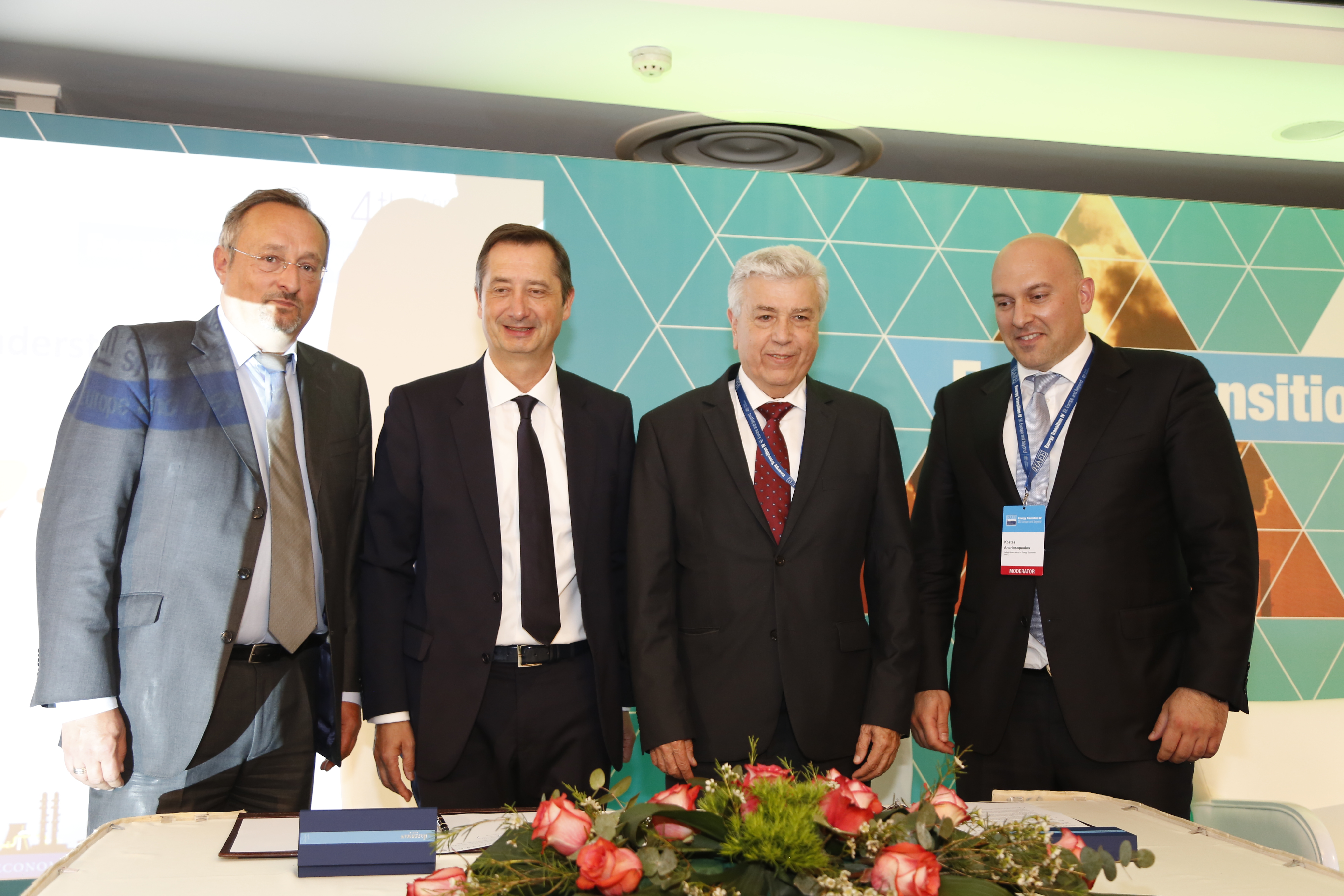