For third consecutive year the Hellenic Association for Energy Economics (HAEE) is proud to present the Greek Energy Market Report 2021, powered by the National Bank of Greece.

The new edition is now available exclusively to HAEE Members, prior to its official presentation during the 6th HAEE Energy Transition Symposium, scheduled to take place at Theoxenia Palace Hotel, from 28 September to 1 October 2021.

The Greek Energy Market Report 2021 was launched during a closed event held on 13 July 2021, with the presence of the Minister of Environment and Energy, Konstantinos Skrekas, the CEO of NBG, Pavlos Mylonas, the General Manager of Corporate and Investment Banking of NBG, Vassilis Karamouzis, and the Professor of Energy Economics and Project Coordinator of the Report, Kostas Andriosopoulos.

Mr. Skrekas welcomed the initiative and underlined that: "This year's "Energy Bible", in addition to being a very useful tool for studying and documenting developments across the entire spectrum of the energy sector in our country, demonstrates that the initiatives we have taken so far are bearing fruit. The energy sector in the transition to a new sustainable, socially just and green development model is crucial. Achieving Europe's visionary goal of becoming the first climate-neutral continent by 2050 will require bold decisions and changes. In our country, this transformation has already started to take place following the emblematic decision of Prime Minister Kyriakos Mitsotakis to fully decarbonise our country by 2028. This strategic shift towards green energy, with a strong social and environmental focus, marks the further exploitation of our rich solar and wind potential to levels of over 67% of total electricity consumption by the end of the decade. And we continue to build our energy policy through the creation of a stable institutional and regulatory framework, because we want Greece to become even more attractive and competitive for the global investment community. Today, our country is ready to move into a new era of progress and create the present and future it deserves."

Mr. Mylonas referred to the role that the Energy sector is already playing in our wider region and the important role it will also play in the development of the Greek economy, triggering a new cycle of technological and environmentally friendly investments across the entire spectrum of economic activity. Regarding the emergence of the National Bank of Greece as a leading player in this perspective for the economy, Mr. Mylonas noted: "The National Bank already dominates the financing of the energy market in Greece, with a total exposure of almost 5 billion. We have, by far, the largest market share in renewable energy projects, which, in addition to traditional renewable sources such as wind, solar and hydro, also use the most innovative sources such as Hybrid, FSRU and CCGT. In addition to financing, the National Bank provides a full range of advisory, transaction clearing and OTC trading services, supporting even the most complex energy projects."

Mr. Andriosopoulos, mentioned: "This year's edition of the Energy Bible reflects the current state of the energy market in Greece, while at the same time it provides detailed data on the country's path towards the Green Energy Transition and the Decarbonisation. Above all, the third annual edition of the Greek Energy Market Report 2021 aims to maintain its recognition as a valuable tool for attracting new energy investments, while continuing to act as a catalyst by enhancing public debate."

The 2021 Report places particular emphasis on the impact of the pandemic on domestic energy supply and demand, while analyzing all the individual sectors that are shaping Greece's path towards Energy Transition. Following the first two editions, this year’s edition examines the progress made by the Greek Energy Market, providing the most recent and detailed data. A distinctive feature of the study is the documentation of global and European trends in the energy sector and the simultaneous comparison and evaluation of our country's progress towards a sustainable future. In addition, it highlights the areas where Greece is lagging behind and records the obstacles on the road to more easily achieving its energy and climate goals. The publication aims to serve as an important information tool for businesses, for state institutions and bodies, for investors and for all those with an interest in the energy market, providing high quality data and forecast analysis.

It should be noted that the chapters of the Report focus on all current aspects of the energy sector: Electricity, Natural Gas, Renewable Energy Sources and Petroleum Products. According to the report, the efforts of the Greek government and the incentives that have been offered for private investments have contributed to Greece meeting the EU's 2020 targets for the penetration of Renewable Energy Sources in the Greek energy mix. The report also recalls that the Greek energy policy, based on EU guidelines, should achieve the integration of 62%-65% RES in its energy mix by 2030. As for the Greek e-mobility market, although it is considered to be still at an early stage, it is showing, from 2019 onwards, a remarkable growth. 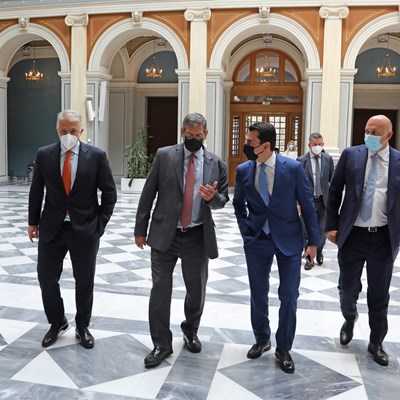 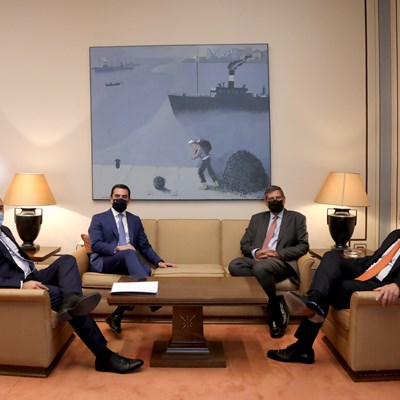 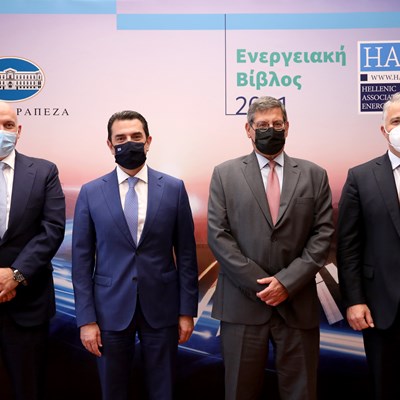 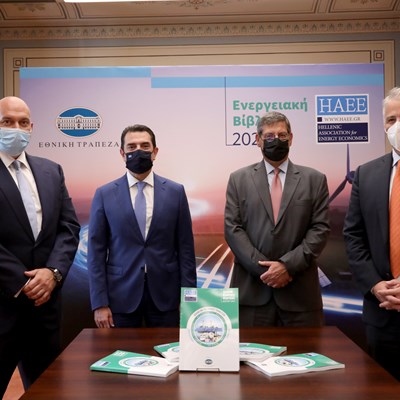 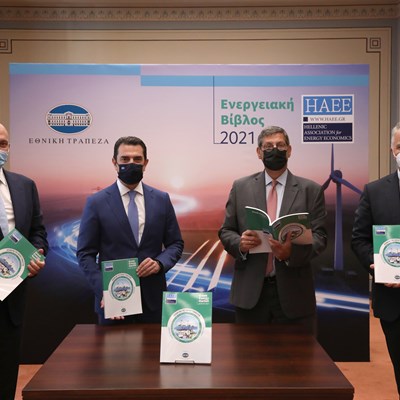