The sudden announcement of a possible comeback of the Interconnection Turkey-Greece-Italy, known as ITGI, with its Poseidon infrastructural link, has placed Athens on a collision course with the European Commission. Once again, the political overtones in business seem to be obscuring a reserved and unbiased calculation of the pros and cons of putting in place a piece of infrastructure, which is aimed at increasing the interconnectivity of the still not fully integrated European energy market.

Basically, this is the strategic rationale of reviving the sleeping project despite the already approved Trans-Adriatic Pipeline (TAP). Although TAP has been granted a number of lucrative concessions by the EU (see also “Greece as an energy hub? There is the rub!”, Volume 4, Issue 4, April 2016), and it is definitely in a more mature stage of development, the re-emergence of a seemingly rival project must not necessarily be viewed as unwarranted competition.

The MoU between the French Edison, Greek DEPA and Russian Gazprom to reactivate the concept of a pipeline, running from Western coast of Greece across the Ionian Sea toward the Italian city of Otranto, could end up pumping a mix of gas of different origin (some 8 bcma, according to the original design). Thus, it would be compatible with the EU energy directives, in particular the Third Energy Package, emphasizing the necessity to improve energy European security through diversification of gas providers.

Addressing the second meeting of the Southern Gas Corridor Council in Baku on 29 February, Vice-President Maroš Šefčovič expressed unequivocal incredulity over the need to revitalize the project with a dubious effectiveness. VP Šefčovič specifically referred to Russian gas, which will feed the Poseidon pipeline in the first place, accentuating that current transportation trunk pipelines delivering Russian gas to Europe are used only at 50% of capacity.

In sum, the top EU official sees little if any reason to provide the Russians another transportation route for supplies of extra gas that are not matched by demand. Moreover, the MoU, signed by the French-Italian-Greek and Russian companies, was attacked by another influential person, U.S. special envoy for international energy affairs Amos Hochstein who called ITGI, talking to Bloomberg, a “political project with a political goal.”

It is noteworthy that the Italian government distanced itself from the initiative taken by Edison with Minister of Economic Development Federica Guidi officially denying that his office was involved in any way in the preparation of the MoU.

The expert community in Italy was more or less unanimous in pouring skepticism over the Poseidon venture. For instance, former analyst at Italian think tank Istituto per gli Studi di Politica Internazionale, Matteo Verda expressed doubt the project would take off since Italy has already committed itself to building TAP and will not accept two pipelines in the Otranto channel.

Having said it, the opposition of Italian Prime Minister Matteo  Renzi to the expansion of Nord Stream, which he views as giving too much leverage and control over energy markets to Germany, might become a factor in amending the defiance of ITGI/Poseidon should TAP fail to meet the expectations. Just like in the case of the defunct Nabucco, the resource base for providing an uninterrupted flow of gas through the TANAP-TAP network of pipelines could not suffice.

Journalist Gionata Picchio from the Italian energy daily Staffetta Quotidiana, goes against the tide of opinion and argues that despite the current vagueness of the ITGI/Poseidon parameters, it looks potentially easier to implement.

Remarkably, some commentators made an attempt to link the MoU with an allegedly cunning tactics by Moscow to lure Turkey back into the Turk Stream project. In theory, let it be clear, in pure theory even a minor improvement in the current strained relations between Ankara and Moscow would translate into the revival of preparatory works on the pipeline called either Turk or Turkish Stream. Such a revival is almost ascertained, if or rather when the two sides mend the ruptured relations, due to the simple fact that the additional flow of Russian gas coming to a hub located in Western Turkey would turn the latter into a powerful energy dispenser for Europe and enhance its negotiation positions.

Meanwhile, sources in Turkey report that Bülent Şahinalp, Chair of the Energy Commission for the Democratic Party (opposition), interpreted the signing of the MoU on ITGI/Poseidon as a definite sign that either South or Turkish Stream are still on the agenda. He dismissed the option of the offshore pipeline ending up in Bulgaria, stressing that without Turkey (as the final destination for Russian gas) nothing would be implemented.

The opinion of Bülent Şahinalp was echoed to a certain extent by former General Manager BOTAŞ, the main Turkish gas company, Gökhan Yardım who argued that, according to his intelligence, Athens and Greece prefer Turkey over Bulgaria as the entry point.

It brings us to the reaction of the government of Greece, actually, the only official reaction to the MoU on ITGI/Poseidon. Greek Energy Minister Panos Skourletis was quoted in the official press release as saying that the MoU “is an extremely positive event.”

Mr. Skourletis added that: “This alternative route for supplying Europe with Russian gas can help enhance Greece’s role as a regional energy hub. The Memorandum reinforces this project’s prospects, which stem from real energy needs. It is a project that is aligned with EU directives to diversify sources and routes, as a precondition to fortify Europe’s energy safety.”

Will it be enough to pacify VP Maroš Šefčovič or will it provoke further behind the doors squabbling? It is not written.

Going back in time, it seems a bit strange that in 2006 the Poseidon pipeline, as an integral part of the ITGI Corridor, was listed by the EU among the Projects of European (Common) Interest. It was the highest level of priority recognized by the EU, with the decision duly registered under the number 1364/2006.

Anyway, for Greece it should be a matter of crucial deliberations since there are enough mystifications and vague notions about the proven sources and avenues of delivery for imported natural gas. Can the Greek government derail ITGI/Poseidon project? It surely can. The question is who will benefit? If Poseidon, the ancient myths’ ruler of the sea waves, sinks, will it please the Greek gods and the Greek consumers?

In all earnestness, it is difficult to dismiss the argument that the more energy interconnectors are built in Europe, so much the better. If we follow the segregation practice of listing some of the imported gas as “politically incorrect”, it would look silly on the commercial side and from the business perspective. 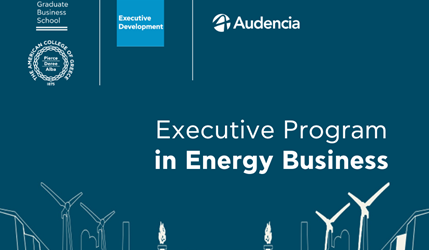 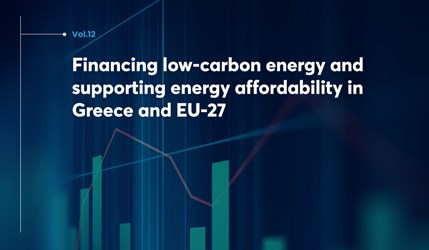