Athens, October 7th, 2021 | The 6th Energy Transition Symposium entitled “Looking Ahead with Optimism, Beyond the Covid Era”, was held from Tuesday, 28 September to Friday, 1 October 2021, at Theoxenia Palace Hotel, in Kifissia, Athens. For yet another year, the annual Symposium of the Hellenic Association for Energy Economics served as an open-dialogue platform, and brought together a roster of exceptional business leaders, top executives and seasoned public officials, and academia, who contributed the maximum to debates and exchange of views on crucial energy and economic matters that shape our world.

Considering the extraordinary circumstances of 2021, the 6th Symposium focused on the turbulences caused by the Covid-19 pandemic and its prints on the global energy system. Despite the sharp decrease in global emissions last year, due to the recession of economic activities, enormous efforts are still required to reach the ambitious target of a net zero carbon economy. Governments need to take decisive actions and implement structural measures to accelerate the clean energy transition and pave the way towards a sustainable recovery. On top of that, renewable energy solutions can play a key role, providing a fast response to the pandemic and building more resilient energy systems.

Through 30 sessions with topics covering the entire energy sector and over 130 speakers, the Symposium maintained its international, specialized, academic, and educational character, providing participants with substantial knowledge.

Among the topics discussed was the decarbonization of the Greek energy sector, underlying the ambitious decarbonization plan that the government has enacted, which will lead to the saving of billions of euros, because of the decommissioning of older lignite plants and their replacement with renewables of much lower cost. At the same time, emphasis was given to the first tender for storage systems that is expected to take place during the first quarter of 2022 with a budget of 200 million euros.

Another significant development highlighted was the new power interconnection of Greece and Bulgaria that will become operational by the middle of next year, along with the new natural gas interconnector.

The importance of regional coupling and energy exchanges, especially in electricity were, also, at the center of the discussions. CEOs of Energy and Commodities Exchange highlighted the need of increasing transfer rights with third countries and expanding the coupling to increase volumes in the day ahead market. Additionally, it was announced that the natural gas exchanges’ platform will operate after Crete’s interconnection to the mainland grid.

There is an increased appetite for PPAs, as it was stated by the energy experts. Taking advantage of a partner that offers hedging tools is significant for the market players. At the beginning, as banks adjust to the new reality, there will be a mix of PPAs and traditional support mechanisms. When it comes to renewable producers, bankability is essential, and they need to avoid the risk of increased cost as a result of the need for balancing. Energy storage will need some kind of support at its first stages of development.

Concerning energy transition and sustainability challenges, academics and energy experts pointed out that for achieving 2030 goals of high renewables penetration, reserves are very important in an environment. At the same time, they mentioned that the structural swift of the banking sector towards green and sustainable investments is a change that creates opportunities and attracts competition and investments.

The future of Greek RES Market is promising, since the latest data on renewables contracts in Greece, are expected to reach 2 GW in 2022. Additionally, interest for 14 strategic investments in renewables with a total capacity of 5.4 GW was expressed by foreign investors. Risk management, insurance and other services that touch upon the entire renewables’ spectrum, offer a glimpse of future potentials and developments. However, emphasis should be given on faster licensing procedures, while the energy storage framework needs to be developed to allow even more investments. Concerning the very important development of offshore wind energy in Greece, attention should be given to the special planning, the grid connection, the installation criteria and the scale of installations.

The unforeseen consequences of climate change in agriculture were also highlighted. The establishment of a committee against desertification and for the support of renewables and energy saving in the agricultural sector was also announced during the Symposium.

The transformation of the Greek distribution system operator is one more stock-in-trade against climate change. Three billion euros of investment in grids are coming for the next eight years, while 0.5 billion of this concern the achievement of NECP goals. Towards this direction, the work of the regulators is crucial and is, therefore, increased in order to facilitate the transition and every necessary process of the market's nominal operation.

Additionally, the Commission plans to increase the taxation of fossil fuels in the upcoming ten years, while Energy Taxation will move from volume-based into energy content-based, prioritizing ranking in minimum taxation to decarbonize the sector. At the same time, the EU has created a large social package of 72 billion euros with 4 billion earmarked for Greece in order to protect vulnerable consumers and small businesses during the process of the energy transition.

The rise of the energy prices was also at the epicenter of the discussions. The relative policies and initiatives, along with the role of natural gas as a transitional fuel and RES as the most competitive solution towards the energy transition were in depth analyzed.

This year’s sharp rise of natural gas prices, along with shortage of gas storage in Europe, create a threat for energy security, in case there is a harsh winter.

Demand for natural gas was significantly increased in Greece and globally during 2021. Natural gas networks with emphasis on CNG and LNG will be expanded to many new cities and regions in Greece in the coming years. The natural gas sector in Greece is being developed and new technologies like hydrogen and production of biomethane are being introduced to decarbonize the sector.

Hydrogen and renewable gases are an important and emerging sector in Greece and Europe. Greek hydrogen strategy is in its final stages and five strategic projects are being promoted to be financed by EU IPCEI. The need for repurposing and fully integrating the current assets in the framework of new stricter directives was highlighted, whereas competency, coherency and constancy are recognized as main pillars of the energy transition.

E-mobility is another emerging sector in Greece. The fast evolution of publicly accessible charging network faced a lot of challenges related to lack of awareness of stakeholders, limited parking spaces and lack of connection capacity in some installations. Public charging is expected to be more important in Greece compared to other European countries. The next day focuses on the expansion of urban and highway network and the higher penetration of green energy. It is crucial to roll out smart and interoperable infrastructure with transparent pricing and seamless payment solutions.

Last but not least, given the fact that the islands have fallen behind in the energy transition in terms of the power mix and emissions, the government proceeds with a grand effort to include them (Greco Island initiative), while European programs and financing mechanisms dedicated to islands have been introduced. Electrification followed by network modernization, green transportation and energy storage are the main actions that will be implemented in the paradigm islands, such as Astypalea and Chalki that pave the way for islands’ decarbonization.

The Symposium’s Report with full and substantial analysis of the thematics discussed will follow shortly.

For more information about the speakers, the agenda and the on-demand sessions of the 4-day conference, you may visit the HAEE’s website.

UNDER THE AUSPICES OF: 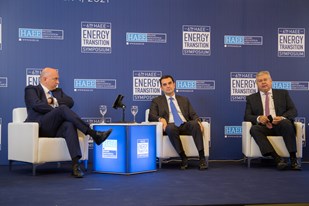 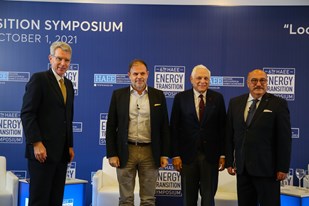 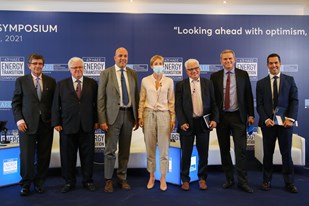 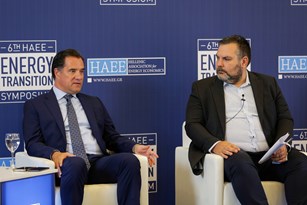 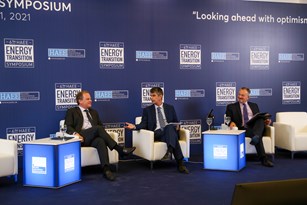 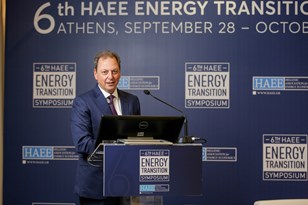 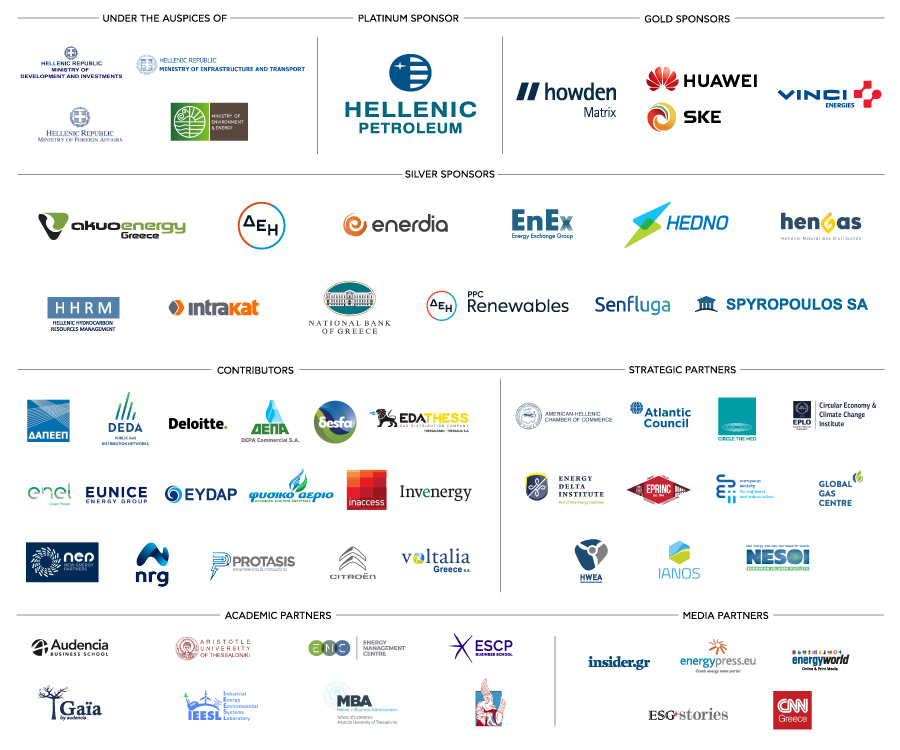