The eastern Mediterranean has become an increasingly important focus for Turkey's foreign and security policy.

The exploration and discovery of offshore natural gas resources over the past decade by the Eastern Mediterranean littoral states of Cyprus, Egypt and Israel have brought two issues to the forefront: First, the need to delineate maritime boundaries; and second, the need to transport the gas to end-users in Europe via pipelines and/or liquefied natural gas (LNG) facilities. As a result of its problematic relations with all three countries, however, Turkey is not party to this new regional cooperation.

Turkey has three major energy objectives in the Eastern Mediterranean. The first is to become the energy hub of the European Union (EU). The second is to ensure a fair share of the gas riches in Cypriot exclusive economic zone (EEZ) for the Turkish Cypriots. The third objective is to prevent the construction of the proposed EastMed gas pipeline to transport Cypriot and Israeli gas supplies under the Mediterranean to the EU via the Greek mainland.

Turkey opposes the EastMed because it could undermine its stated goal of becoming the energy hub of the EU by competing with the Turk Stream gas pipeline which will bring Russian gas supplies to Turkey and the EU under the Black Sea and also the Southern Gas Corridor (SGC) bringing Caspian gas from Azerbaijan to Turkey and then to the EU via the Trans Adriatic Pipeline (TAP).

However, if energy is Turkey’s only strategic interest in the Eastern Mediterranean, then there is a solution which should satisfy parties involved based on the following provisions.

The first is that the gas riches in Cypriot waters should be divided between the Greek and Turkish Cypriots on the basis of the size of the area each occupies in the Island. In return, Turkey will cease exploring for energy resources in Cypriot EEZ.

The third provision is a settlement of the Turkish-Cypriot dispute over their overlapping EEZs in accordance of the UN Convention on the Law of the Sea (UNCLOS).

However, while energy figures prominently in Turkey’s strategic objectives in the Eastern Mediterranean, speculation is growing that it is secondary to its real strategic goal of making the whole Eastern Mediterranean as its sphere of influence as was the case under the Ottoman Empire. This is rooted in Turkey’s new regional foreign and security policy, based on its “Blue Homeland” Doctrine”.

This doctrine sets out an ambitious goal to underline and expand, through assertive diplomacy and military means, Turkey’s influence in the Mediterranean, Aegean, and Black Seas while enabling access to energy and other economic resources. President Erdogan adopted it in 2015 as an integral part of a national strategy of “forward defence”.

Manifestations of the doctrine were on full display during February 2019 when Turkey’s navy conducted the biggest ever exercises (Blue Homeland) simultaneously in the Aegean, Black, and Eastern Mediterranean Seas. The Turkish government-controlled media described the exercise as a “war rehearsal.” Another example has been Turkey’s assertive energy claims around the disputed Cyprus EEZ. In February 2018, Turkey sent naval vessels to stop an Italian drilling vessel on its way to drill for gas off Cyprus’ coast.  Israel also encountered Turkey’s naval presence when its oceanographic ship, Bat Galim, operating in Cypriot waters, was forced out by Turkish warships. There was also the extraordinary naval standoff that occurred between Turkish warships and a French warship in early June when according to French government sources, Turkish warships turned their fire-control radars on the French warship and pointed guns at it to dissuade any attempts at inspecting a cargo ship headed toward Libya.

Regional tensions reached a new high in November 2019 when Turkey signed an agreement with Libya’s Government of National Accord. The agreement defines a maritime border between the two countries in the Mediterranean Sea and permits Turkey to defend Libya’s maritime interests (which extend to six nautical miles from Crete) as well as allowing for joint extraction of energy resources in the Mediterranean.

The lack of a robust and united transatlantic response to Turkey’s naval actions has emboldened Ankara to take further actions, particularly at a time when President Erdogan seeks to project independent power abroad and heightens nationalistic sentiment at home to distract the Turkish population from great economic difficulties.

However, tensions have now reached a level where they risk significantly impacting NATO. Turkey’s purchase of the Russian S-400 system against the wishes of the United States and its NATO allies, its unilateral military interventions into Syria against Kurdish forces, its frequent military incursions into northern Iraq, its defying of US sanctions on Iran and Venezuela and its continued probing of Greek airspace lead one to conclude that Turkey is increasingly pursuing its national interests over NATO’s collective defense interests. Moreover, these tensions reveal troubling divergences between Turkey and the EU.

Confronting Turkey’s aggressive naval moves could lead to the collapse of NATO or at least a serious weakening of the pact. But as Turkey’s economic situation deteriorates, engaging Turkey by offering it greater economic opportunities such as expanding the EU bilateral trade relationship with it and increasing foreign direct investment, might help bring Turkey back from risk of war in the Eastern Mediterranean. 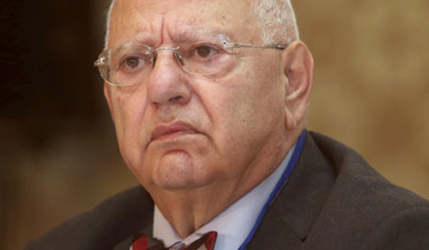